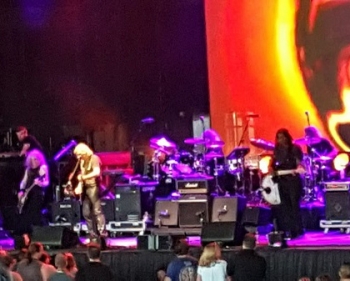 The night of WMGK’s Big Gig had finally arrived. Would the acts live up to the high expectations? Joe Walsh had been heralded as one of the most entertaining and talented performers in all of Rock and Paul Rodgers the best lead singer by even his peers.

The acts came and conquered any doubt. The crowd had come with some sadness with the news of the shootings in Orlando very fresh on their minds. After they worked through a very efficient, but relatively quick security entrance, the concert goers were ready for a great night. They were treated to two sets which were truly uplifting in their own way.

Joe Walsh and Bad Company were co-headliners, but it was Walsh that went on stage prior to Bad Company. I would hate to follow that act. Joe was in excellent form. The music covered his career from the days when his first recorded group, The Janes Gang, stormed out of Cleveland, to his solo career to some of his material with The Eagles. The guitar work that Walsh is known for was superb as always, he even played some of the classical piece by Ravel known as “Bolero”.

In addition to some great music, the band was backed up by an interesting and often funny video that ran behind the band. During the crowd favorite "Life's Been Good" (they sang along and knew all the words) there were scenes of some of the things that have been very much a part of Joe Walsh’s life including photos of him meeting and playing with just about every famous Rock star. My favorite video was the one that ran behind “Funk 49”. It showed a couple of pigs dancing and shaking their booty.

At the start of the tour, Walsh was quoted as saying the he wanted to tour with musicians that he has worked with in the past because everyone was not only outstanding on their instruments, but they were very comfortable playing with each. It showed. This band was clearly having fun. Joe, who sprinkled his well known sense of humor throughout the set, introduced drummer Joe Vitale as a lifelong friend. He pointed out that they went to third grade together and that they should still be in third grade. Waddy Wachtel, one of the all- time great studio players, shared guitar duties with Joe. Bassist Larry Young, keyboardist Jimmy Wallace and DJ Clayton Janes, along with several background vocalists rounded out the wonderful cast.

The lineup for Bad Company had only two of the original band that sold over 20 million albums in their five year run together. The two, Paul Rodgers and Simon Kirke, were both major players. They first played together in their teens as part of the group Free that had a huge hit in “Alright Now” Guitarist Mick Ralphs, who had played on the UK portion of the tour that started in last October, decided to pull out of the US tour because he has developed a hatred for flying. He will return to the lineup when Bad Company returns to England and finalizes the tour that is being called their swan song. The original bass player Boz Burrell has since passed away.

It really didn’t matter. You would never guess that this band had not been playing for years. They were very polished and sounded very much like the original hit recordings. Paul Rodgers still has one of the best voices in the business and that was the main focus of the band. Oddly, he kept asking the audience to sing along replacing him in the vocals. With his voice, the crowd is no match, but still it did create a more festive mood.

Some of the songs they selected from their many hit albums seemed a little too obscure, but fortunately the group only did a few of these hidden deep tracks. The video back drop was also used with great results in the song “Shooting Star”. It showed the many Rock stars that died too young that somehow were not able to cope with their stardom. Paul also reflected on the events in Orlando and dedicated the song “Bad Company” to the victims and their families.

Before the last encore someone seated near me summed the night up perfectly. They loved the music that was played that night, but lamented the fact that soon we will not be able to see this kind of truly great talent perform live again. 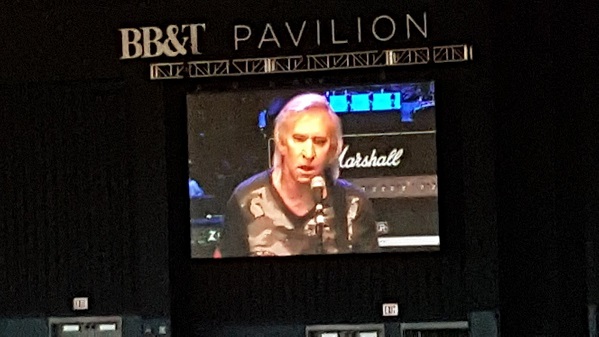 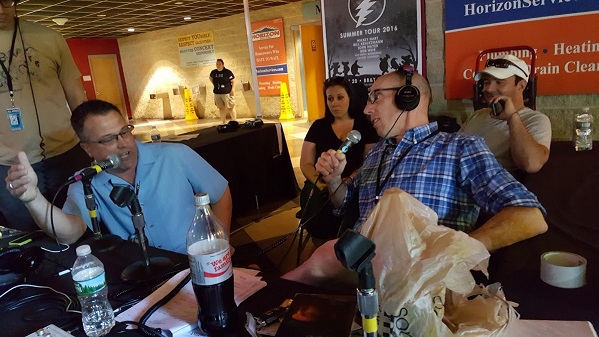 Andre Gardner on the air 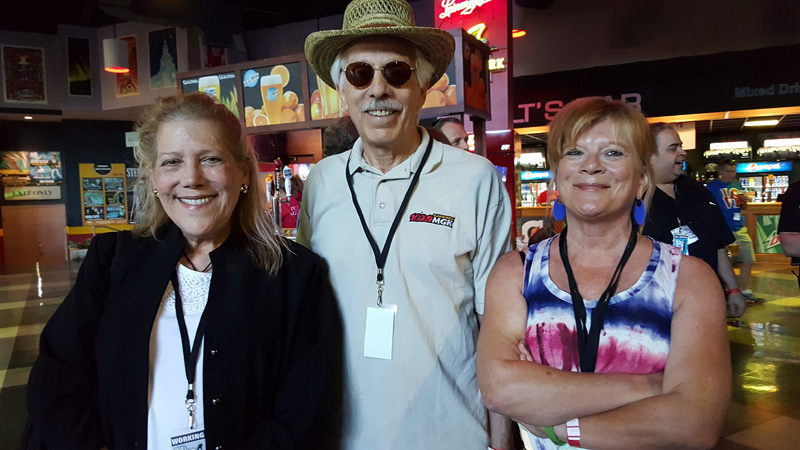 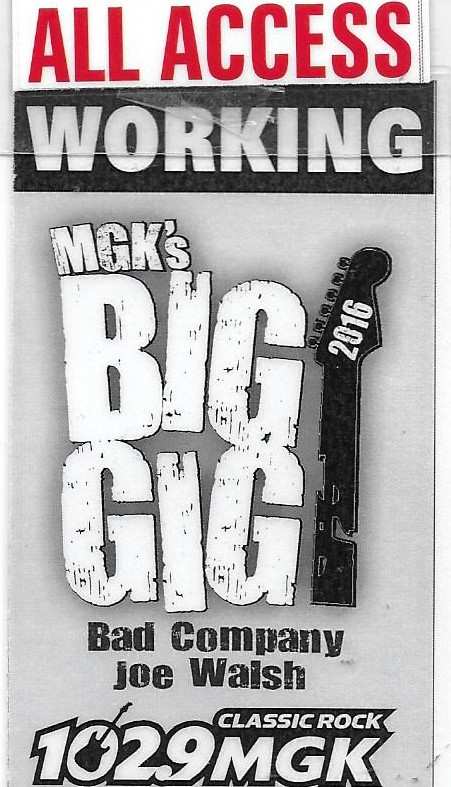