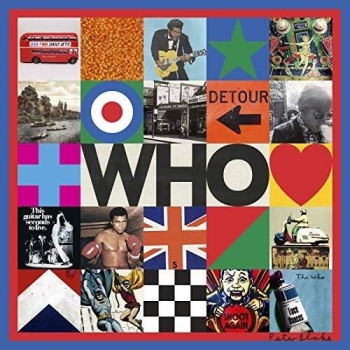 The Who WHO Album Cover

Many people felt that the band had at that point run its course. But Kenny Jones stepped in to replace Keith and the beat went on. At least they did until 1983. At that point, a very weary Pete Townshend called it quits. He was losing his hearing and was very tired of touring. The Who broke up.

They did occasionally do a show like “Live Aid” and did a tour in 1996-97. In 1999 with a new drummer named Zak Starkey, the group made it official. They were back together and touring. Then in 2002 bass player John Entwistle died. He was not only a great bass player but a very essential member of the band. Surely, this had to be the end of The Who.

Well, it wasn’t. However, many people felt that they were just making the rounds touring to make some money before retiring. After all, they haven’t had a hit record since 1981. Oh, there were some efforts, but they just were sub-par compared to The Who at their zenith.

Their last studio album in 2006 called ENDLESS WIRE didn’t do well. It was far from their best effort. Then came word of a new studio album. You couldn’t blame people that were skeptical when Roger Daltrey was quoted as saying “I think it’s some of our best work since the 70’s. I’m pleased with it. It’s good. It’s really good stuff. It shows that Pete hasn’t lost his bite as a writer, as a songwriter.. Which is important, y’know, he’s not just a product stuck in the ‘60’s.. he’s very much a man of today”.

Much of the songs in the album deal with Pete and for that matter Roger, feeling a little out of place in the modern world. Of course, older listeners who have been Who fans for years can relate, but so can a younger listener who feels that they are a little out of phase with the state of the world. It would seem that Roger was right. Many fans old and new bought the album. It has become the highest charting record for The Who in 38 years! Roger was right.

So is this finally the swan song for the band? Hardly. A huge tour is set to begin after the first of the year. The tour starts in the UK, but will be touching down in the US this spring. The US tour will start in Hollywood on April 21, 2020. Right now it is a modest tour that is expected to end on May 16 in Las Vegas, but these things have a way of expanding quickly. Look for them to come to a large venue near you.

For now, The Who have shown they are timeless. To be certain, they are basking in the glow of the success of the new album.

Tweet
Published in The Archives
More in this category: « The Dying Art of Album Covers — Part Six The Cabin Fever Music Guide »