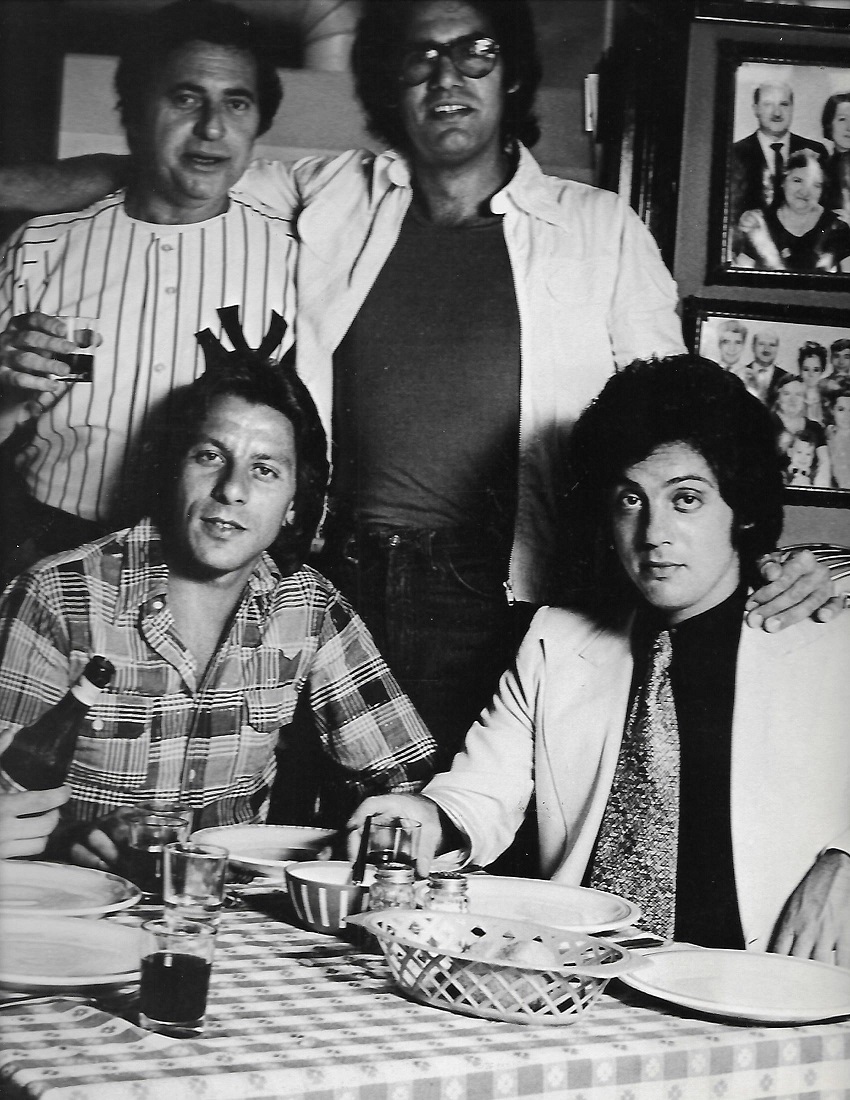 “Scenes from an Italian Restaurant” is one of Billy Joel’s most popular songs. The inspiration for the epic saga of Brenda and Eddie is said to have been a real Italian Restaurant. Having dined at the eatery that apparently was the catalyst, it is hard to imagine how it sparked any ideas. Certainly nothing fancy about it. It is just like so many other such places that serve the traditional Italian favorites. Perhaps that is exactly why.

The lengthy story telling song is a favorite for several reasons, but the tale of the high school sweethearts certainly is relatable. Everyone can relate to the main characters Brenda and Eddie. Every high school has a couple that were on top of the popularity totem pole. Sometimes they do get married and live happily after. Often that is not the case.

According to the lyrics, Brenda and Eddie did get married. Most were sure that the marriage wouldn’t last. And it didn’t. The expectations for both Brenda and Eddie were much higher than reality. The couple broke up after the money got tight.

At the end the listener is told that Brenda and Eddie would always do all right. But did they? What did happen to them?

Since the story of Brenda and Eddie is imaginary, I thought that it would be good to supply my own imaginary ending.

After the divorce, Eddie was devastated. Brenda was all he ever wanted or dreamed of for as long as he could remember. He took a close look at his life. The couple got married right out of high school, so Eddie never went to college.

Instead, he got stuck in a dead-end job with no real prospects of improving his life. Eddie started to blame his station in life as being the reason the marriage didn’t work.

What could he do? Eddie didn’t have the money for college and staying put didn’t seem to be a realistic option. Like so many others like him during that time, he decided to join the US Army.

While in the service, Eddie became interested in computers and how they worked. The Army provided him with a basic knowledge that would drive him to want to learn more.

After serving his time, Eddie was a different person. He now had a focus in his life. He used the G I Bill to get an education in computer science at a local college.

Once armed with an education, Eddie got a job with a growing computer company. He grew quickly with the company and soon was the head of designing computer software.

Now he had a great job and a great income. This wasn’t enough. Eddie longed to make up for his failed marriage and felt it was time to look around again.

However, Eddie’s job didn’t give him much free time. And it also kept him from being in the kind of shape that made him one of his school’s best athletes. It was decided that running just before work would solve that problem. So, every morning Eddie put on his running shoes and went out for a run.

Meanwhile, Brenda had also started a new life. It was said that she had always been lazy and depended on her good looks to get what she wanted.

Once the divorce was finalized, Brenda was faced with the prospect of having to earn a living. As she soon discovered, you just can’t go back to relive your high school days. Hard work was not something she saw in her future. But what could she do with no college and very little life experience. She didn’t even have job during her brief rocky marriage.

Brenda had always wanted to be a model. While it was a little late to get started in that field, she was still young and certainly beautiful. But where to start?

After doing some research she found a model agency. She decided that there was nothing to lose by just dropping in to apply for a job. When she got there, she was in the middle of being told that she really wasn’t qualified when the person in charge of placing the models came out of his office. He took one look at Brenda and told her that he was in a bind and needed someone right now. If she was available right now, she would be perfect for the shoot.

Of course, Brenda jumped at the chance. In a matter of seconds, she was doing her very first commercial for a huge investment company. There was no acting or even posing needed. All that Benda had to do was play the part of a young housewife sitting next to her husband while another man did all the talking about investments.

After the shot was over a man came over to Brenda. As it turned out he was a partner and the person in charge of all forms of public relations at the investment firm. The two exchanged phone numbers.

To make a long story short, the two started dating and within the year they were married. For Brenda this was the dream marriage. She didn’t have to work because her husband insisted that she be a stay-at-home mom. Within three years the couple had two children. One boy and one girl.

Life couldn’t be any better. It was the perfect rich suburban life. Then it all came apart. One day the phone rang with the news that her husband was killed in an auto accident on the way to work.

Brenda was stunned. In just seconds her life was totally changed. She did have enough insurance money and stocks to keep her in her home and to raise the kids, however, she no longer had a partner that she loved and trusted.

Depression took over Brenda’s life. She started eating and drinking too much. Then one day she woke up and saw that she was no longer the Brenda who was the high school queen. How did she get so fat so fast, she thought.

It was time for a wake-up call again. But what to do? Her next-door neighbor said that she should take up running. After one try, she realized that running was a little too hard with all this extra weight to carry around.

Instead of giving up, Brenda started just walking. Within a couple of months, she felt strong enough to try running again. She joined her neighbor on her daily jogs, but soon her neighbor couldn’t keep up.

Amazingly. Lazy Brenda loved to run. Soon she lost all the extra weight and then some. Again, her friend next door suggested she try running with her in a road race. Brenda agreed and much to her surprise she won her very first race!

Meanwhile, Eddie was also liking his daily runs enough to be convinced to run in a road race. He too, won his very first race.

Much to the amazement of both Brenda and Eddie, the two saw each other for the first time in years during the presentation of the medals for the race.

They started talking and got caught up on things. The conversation led to a date. A year later, they remarried. This time they did live happily ever after.

Tweet
Published in The Archives
More in this category: « 100 Years of Philadelphia Radio Christine McVie was Perfect »