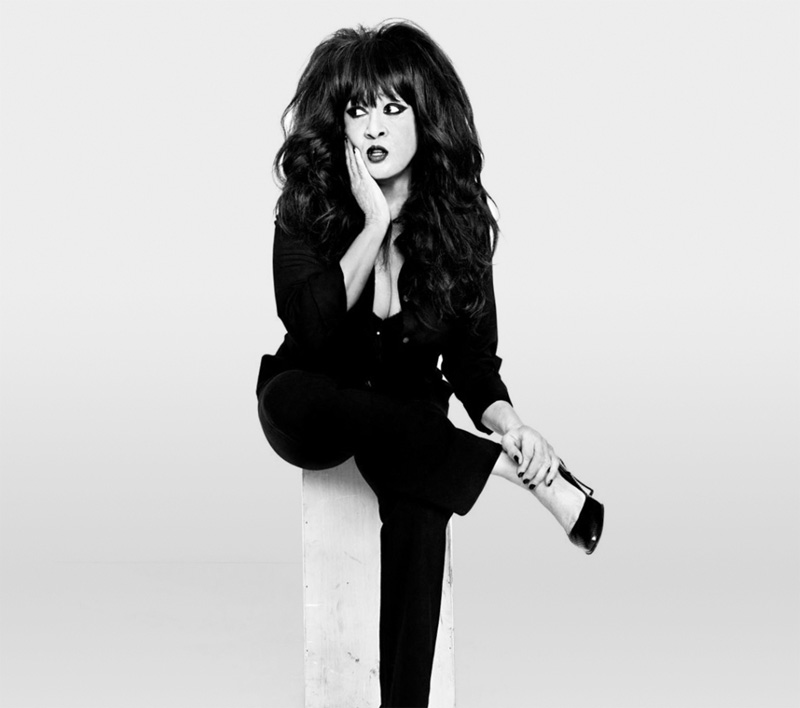 The song went on to become a huge hit. It made it to number 2 on the charts and is on just about everyone’s lists of the best songs of all time. It was inducted into the Grammy Hall of Fame in 1999. Beach Boys’ Brian Wilson called it the greatest pop song ever made and even wrote a song called “Don’t Worry Baby” that was influenced by the huge hit.

Wilson wasn’t alone in being influenced. Eddie Money also had a big hit with “Take Me Home Tonight’ with Ronnie singing the refrain “Be My Baby” as part of the chorus. George Harrison, Southside Johnny and Keith Richards are among others that also recorded with Ronnie. Amy Winehouse went so far as to not only try and sound like her, but also tried to look like her.

Her looks with the beehive hairdo and beautiful eyes added to her charm. The special look came from being the daughter of a mother who was an African American and Cherokee. Her father was an Irish American. He provided the gene for her green eyes.

The Ronettes, made up of Ronnie, her sister and cousin, had several big hits in the mid-sixties, but her person life provided far less harmony. She married her producer Phil Spector and her maiden name of Bennet was soon forgotten.

Phil Spector took total control of her life. Stories of him threatening her at gun point and locking her up are legendary. Fed up, Ronnie escaped with just the cloths on her back. Phil Spector then proceeded to try and destroy every aspect of her professional and personal life. He even tried to keep her from being inducted into the Rock and Roll Hall of Fame. Ronnie finally won a lawsuit to recover the royalties that were owed her.

When the Ronettes toured England, she struck up a very close friendship with Keith Richards of The Rolling Stones who were on the same bill. They remained very good friends until her death. It was Keith who introduced her into the Rock and Roll Hall of Fame on 2007.

Despite her bumps in the road Ronnie Spector was always known for her great sense of humor and beautiful smile. Her voice will live echo on forever.