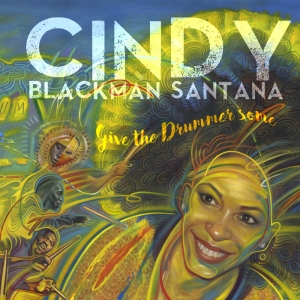 Cindy Blackman Santana made a name for herself as an outstanding drummer long before she met and married Carlos Santana. In this conversation with T Morgan she talks about her life before Santana, how she came to not only become a member of Santana and eventually became his wife. Carlos and a host of very talented people helped her with her latest album called GIVE THE DRUMMER SOME.