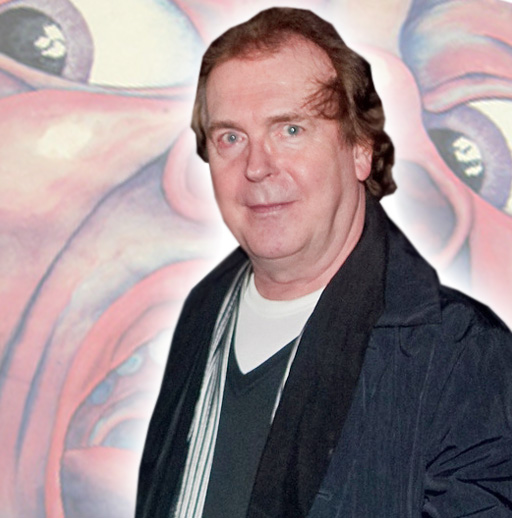 Even though Ian McDonald was in two groundbreaking groups, his name is not well known to many who loved the music he played. Both King Crimson and Foreigner were leaders in establishing a new style of Rock Music.

Ian, who was a native of London, learned how to read and play in music in a slightly different way than most. It was during his five years in the British Army that he learned how to play the clarinet, saxophone, and flute. He used them all during his long career and later added keyboards and guitar to the mix.

King Crimson was revolutionary in their approach to music in large part because of both the flute and sax work he did on the record. Their first album IN THE COURT OF THE CRIMSON KING was so unique that the memory of first hearing it stays with you forever.

In the minds of those who are considered music experts, that initial album was the first of the so called “Progressive Rock” records. It never sold as many copies as some of the bands that benefitted from their taking chances with their music. Rolling Stone Magazine called the album the second greatest Progressive album of all time.

Richard “Vick” Vickers, who was the roadie for King Crimson at the time, told Rolling Stone Magazine about the King Crimson historic concert in London’s Hyde Park in 1969. "The high point of that gig was the whole audience rising to their feet as one and cheering Ian McDonald's solo during 'Schizoid [Man].' I remember the hairs on the back of my neck rising as the roar from this huge crowd went up."

Being in one pioneering group is enough for a lifetime for most musicians. Not so for Ian McDonald. After leaving King Crimson in 1976 Ian was a co-founder of Foreigner. He not only played on the first three albums by the group that all made it to the top ten but co-produced them as well.

Their formula style of producing and playing Rock music soon became the most popular in the genre. It led the way for other similar groups like The Cars, Bon Jovi, R E O Speedwagon, and Journey.

Despite their huge success, Mick Jones and Lou Gramm decided they wanted to make changes in the band. In 1999 Ian told his side of the story:

"Mick wanted to make it more apparent that it was his group, so he decided to make a smaller group. That was his decision. I wouldn't have left — I loved the group, it was not my decision," McDonald said. "I had a lot to do with the making of those records and the arrangements and the creating of those songs, more than is probably apparent. I did a lot that went uncredited, which I was happy to do, though. When you're in a group you must contribute as much as you can. I was happy to do that. But as I said, it maybe didn't appear that I was doing as much as I in fact was. I had a lot to do with that group... as well as... Mick Jones, obviously, and everyone else — I'm not trying to take all the credit, but I'm just saying that I was there, I was involved, and I loved it."

Apparently whatever differences there was in the group were settled and Ian came back to play with Foreigner and did so until 2019.

In meeting Ian, you always got the sense that he was well grounded. He had a great sense of humor and was more than willing to take the time to meet and great fans.

At the time of his death, he was no longer a foreigner in this country. New York became his adopted home. It is there where he died of Cancer while surrounded by family. His son Max issued the following statement:

"He was incredibly brave, and never lost his kindness or his sense of humor even when the going was rough. My father was a brilliant, intuitive musician, a gentle soul, and a wonderful dad. He will live on forever through his beautiful music and the love of his fans. Thank you all."

Tweet
Published in News & Events
More in this category: « The 2022 Rock & Roll Hall of Fame Announcement Gary Brooker — One of the Most Distinctive Voices »