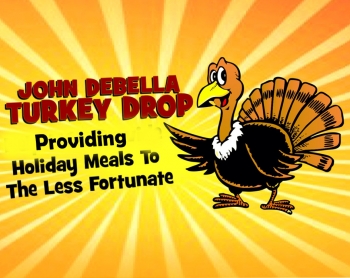 It was probably the coldest morning we ever had for the John DeBella Turkey Drop, but we were all warmed by the tremendous donations by our listeners. The WMGK DJs were located in various Giant locations throughout the Philadelphia area and John maintained the operation headquarters in front of the Kimmel Center on Broad Street.

At my location in St. David’s we collected over $3,000 and several baskets of turkeys. The final tally is still being done as of this writing since we will continue the drive until the end of the Thanksgiving Weekend. We will update you when have the final numbers.

While we thank all of you for coming by and making this holiday season better for so many people that CITY TEAM helps feed and clothes each year, there were two that I should single out.

Very early on a pickup truck rolled up to our location. A man who had a long white beard jumped out and handed us a handful of money. Before we could get his name or take his picture, he waved us off and jumped back in the truck. After he was gone we realized that he left behind a very sizable donation. There was over $300. Maybe it was an early gift from Santa. 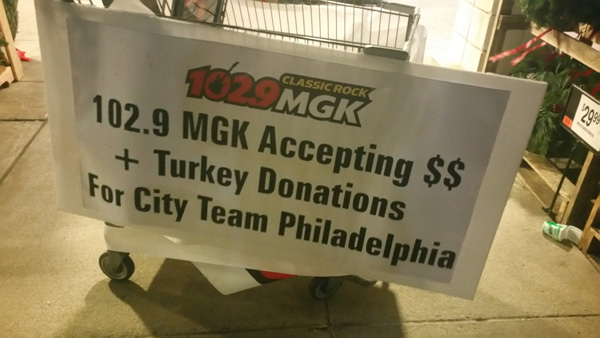 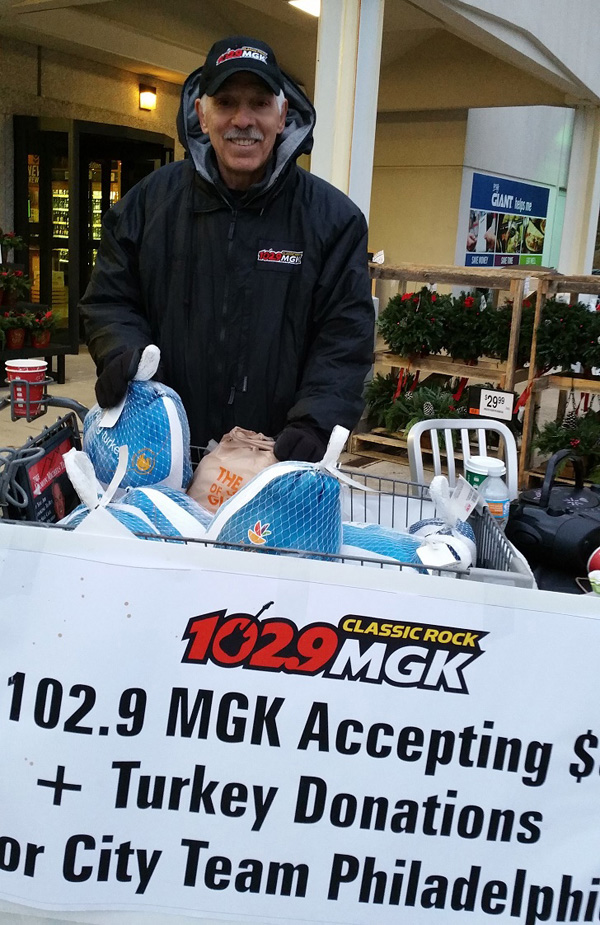 Tweet
Published in News & Events
More in this category: « B B King: The King is dead..Long Live the King. Broadcast Pioneers of Philadelphia 51st Annual Banquet »