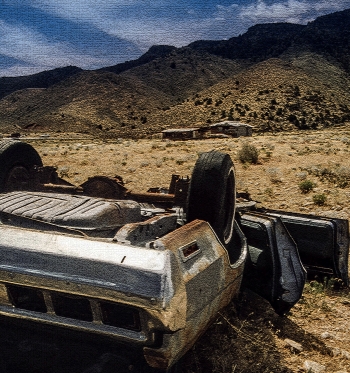 Brian Epstein was running around talking to all kinds of record companies in an attempt to get his “boys” a record deal. It led to all kinds of confusion and legal action once The Beatles started releasing records in this country.

One of the record companies that he approached was Swan Records located in Philadelphia. The owner of Swan was Bernie Binnick. When Bernie hired me to produce an album for him, he told me this story himself.

This is the story as he related it to me. In 1962 Bernie was looking for some new acts to sign. He heard that there were some acts in England that might be worth signing so he and his wife took to trip across the sea to check things out.

While taking an elevator in his hotel he was approached by a man who said he had a real hot act and he wanted Bernie to check them out. So, Bernie and his wife went to listen to a tape. Bernie was not impressed. This group will never make it, he thought, and was about to walk out when his wife spoke up.

She couldn’t express in words what it was about the band that she liked, but for some reason she was certain they would be a big hit. Bernie was still not convinced, but she was so adamant about the band. Again, in his own words, he said, “just to keep her quiet”, he bought the rights to just one record.

Six months after their trip, the tape of the record was still bouncing around in the trunk of Bernie’s car. Then he got a phone call from Brian Epstein saying he wanted to buy the rights back. Even though Bernie could have made a profit by selling it back, he decided to rush out the single “She Loves You” by a band called The Beatles. The only hit on Swan Records because Bernie had passed on the group.

Before you say, “how could you have done that, Bernie?” Remember, The Beatles themselves formed a record company called Apple Records. Virtually all the acts they signed were flops.

That is far from the only story about someone passing on a song or a group. One of the biggest selling albums of all time, PARADISE BY THE DASHBOARD LIGHT by Meatloaf, almost was never released. Fortunately for Meatloaf, there were two people who really believed in the record. One was Todd Rundgren (who produced it using his own money) and Steve Popovich. After every major label in the country passed on the album, Steve (who worked for one of the record companies that turned it down) used his own money to create a record company just so he could release the album. For more on that, click here.

You would think that being part of a major act like The Guess Who, that it would be easy to get a record contract if you had an off-shoot group ready to record. Randy Bachman told me that over 30 record companies turned him down. It wasn’t until he approached Mercury Records the second time that he was able to get a contract.

Sometimes record companies make mistakes after they sign a group. Such was the case with the Irish band, Them. The record company didn’t like the song “Gloria” as a single. They did release it, but as a throwaway “B” side. A US group called The Shadows of Knight heard the potential in the song and decided to record it themselves. It went on to become of the biggest “Garage” Rock songs of all time! To this day a lot of people don’t even know that it is a Van Morrison song that he wrote while with Them.

There are many more stories like that. Perhaps enough to warrant writing a separate story about them.

For now, let me tell you about two accidents that made a huge impact in Rock music. They both have to do with guitars.

In the early to middle part of the 20th Century, the guitar was not a major part of a band or orchestra. Except for a few notable exceptions like Charlie Christian and Django Reinhardt, guitars were pretty much considered to be either a solo instrument or part of the rhythm section of a band.

The biggest reason was because the guitar sound wasn’t as load as horns or pianos. Once the electric guitar was created things changed. It was one of the most important steps in the birth of Rock ‘n’ Roll.

Many Rock music historians consider the song” Rocket 88” by Jackie Brenston to be the first Rock ‘n’ Roll record. B B King heard Ike Turner and his band playing the song at a joint in Mississippi. B B convinced Ike to come to Memphis to record for Sun Records.

On the way to Memphis somehow Ike’s guitar amp somehow fell from the car. Since they saw no real bad damage (and didn’t have time or money to replace it) they drove ahead to the recording session.

When they arrived and set up, they noticed that the sound coming from the guitar amp had been affected by the fall. It was muddy and almost sounded like a bass. Since it wasn’t the lead instrument and they didn’t want to blow their chance at blowing a chance to record, they did the session with the muddy sounding guitar. In fact, at first listen you might not even notice it until the very last few notes where the guitar stands out.

Sun Records sold the rights to the song to Chess Records. Chess decided to make the lead singer Jackie Brenston the focal point and put a different name on the band. They were called The Delta Cats, but it was really Ike Turner and his band. “Rocket 88” (a song about the Oldsmobile car) went on to be the number one record on the R&B charts.

However, the sound of the guitar was noticed. Just listen to another record on Chess by Chuck Berry called “Maybellene” (with cars playing a major role) that many have called the first real Rock ‘n’ Roll record. You will hear that same muddy guitar sound, only brought to the foreground.

In July of 1951 Bill Haley and The Saddlemen (this was before The Comets) recorded their version of “Rocket 88” but their version had the guitar up front. Haley would soon record “Rock Round the Clock” and that guitar sound was off and running thanks to an accident.

Another accident also brought about the change in the guitar sound. Link Wray told me the story about how he accidently put a hole in his guitar amp. He didn’t have the money to fix it, so he played with the hole that changed the sound of his guitar. Long before the invention of the fuzz tone petal. Link was playing his distorted guitar in the song “Rumble” that to this day is considered to be one of the most important guitar songs in the history of Rock music. It influenced a whole generation of Rock guitarists.

It would seem that sometimes you can get lucky and even make history with a mistake or an accident. Anyone in the mood for lemonade?

Tweet
Published in The Archives
More in this category: « The Greatest Singers of All Time Linda Ronstadt — The Sound of My Voice »