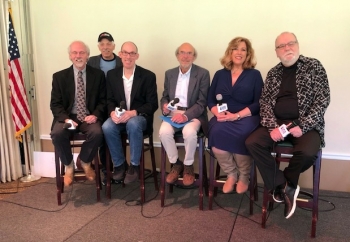 Hear T. Morgan talk about this event on a podcast by clicking here!

At their monthly luncheon held on May 15, 2019 The Broadcast Pioneers of Philadelphia at the Bala Golf Club, there was a tribute to one of Philadelphia’s most popular and successful stations since 1975. The highlight was a panel of present and past on air talent.

Sadly, the event was scheduled to be televised, but owning to technical issues, it was not. Audio of the entire panel will be available in a couple weeks on the BP website. Those on the T. Morgan mailing list will receive a notice when it becomes available.

The MC for the event was T. Morgan who is celebrating 28 years at WMGK this month. The panel consisted of current afternoon DJ Andre Gardner, Mike Bowe who did afternoons for many on the station, Harvey of Harvey in the morning, Sue Serio former night jock, and Bob Craig former program director.

In addition, T. Morgan introduced the current general manager, Joe Bell, who announced that WMGK just received the national Crystal Award at the National Association of Broadcasters convention. The award is given to the best station in the country for providing public service to the community. It came on the heels of the announcement that WMGK is the number one rated station in the latest ratings.

Former WMGK general manager and Philadelphia radio legend, Dean Tyler, spoke about the transition that the station made in going from a soft rock station to the current format of Classic Rock. Dean told a few stories of the people who worked with him.

MC Morgan introduced each panelist with a brief background of their careers. He also went over the history of WMGK. It first went on the air as WPEN FM in 1945. During the years that followed, the station moved from 95.9 to 99.5 before claiming the 102.9 spot on the dial.

In 1975 Greater Media bought the station and within six months changed the call letters from WPEN FM to WMGK. On September 2, 1975 they launched a new soft rock format that was given the nickname MAGIC. The first song that was played was “Could it be Magic” by Barry Manilow. It was not too long before just about everyone in the market place knew the name MAGIC.

By the 1980’s MAGIC, under the direction of Bob Craig the program director, the station was always near the top of the ratings chart. The mainstay of their format was softer songs by superstars like Billy Joel, Elton John, James Taylor, Hall & Oates, Chicago, and of course, The Beatles.

Mike Bowe and Sue Serio went back to back on the air. Mike was perfect for the afternoon drive home with down to earth and friendly style. He talked about how he ended up at WMGK.

Sue owned the night with her sparking personality. As T. Morgan pointed out, if you never heard Sue on the air at MAGIC, all you have to do is watch her on Channel 29. It is the same Sue. The smile on her face even came through on the radio.

Harvey, who spent several years as the morning man at WIOQ, was hired to do mornings. As T. Morgan pointed out, Harvey was like Mr. Rogers for adults.

The format was so successful that it was soon copied by many radio stations across the country. Popularity doesn’t come without a price. By the end of the 80’s MAGIC had stations here in Philly doing much of the same thing.

As a result it was decided that a change had to be made. At first that change was playing the best of the 70’s. Soon after that was changed to include a larger span of music with the Classic hits format. That in turn soon became the Classic Rock format that is has made the current station the top rated station in Philadelphia.

The change started on July 10, 1994 when Mike Bowe played the first song. It was “Drift Away” by Dobie Gray. With the current line-up, WMGK hasn’t drifted, but has stayed very close to the top in the rating.

Afternoon DJ Andre Gardner is a major reason for the station’s success. As T. Morgan said in his introduction to Andre, there’s isn’t a better DJ in Philadelphia right now. He brings an infectious brand of passion for the music every day on the air. His breakfast with The Beatles on Sunday is not only a must for Beatles fans as Andre finds all kinds of rare Beatles, but even the casual listener will get caught up in his love for “The boys”. Andre just signed a long term contract with WMGK so fans will be loving it for years to come. Rock WMGK!

Here is the audio for the event: 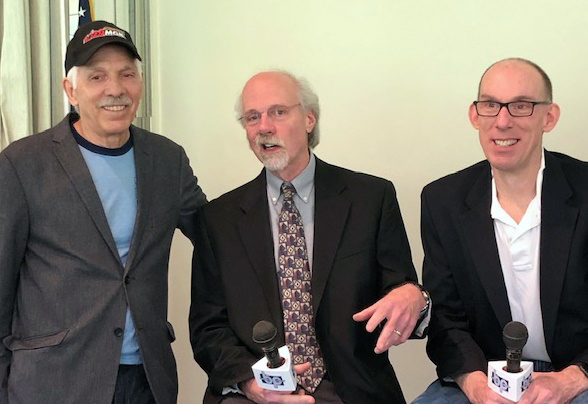 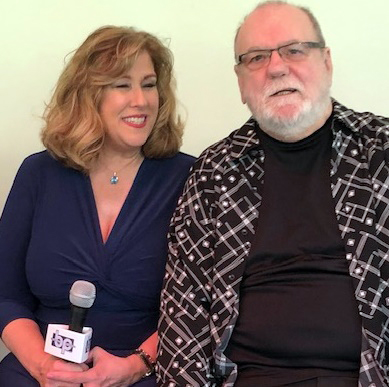 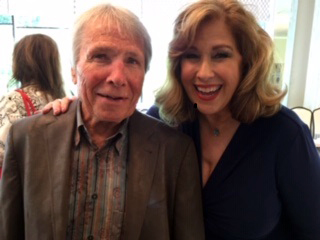 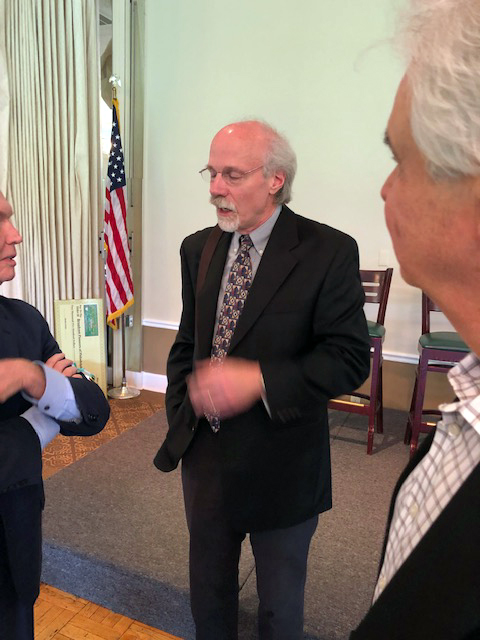 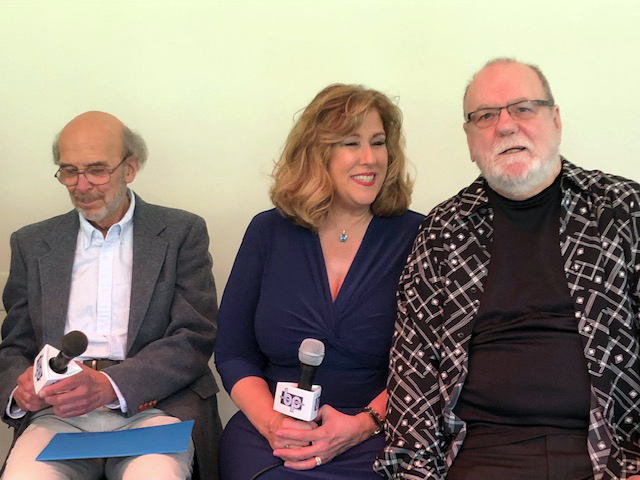 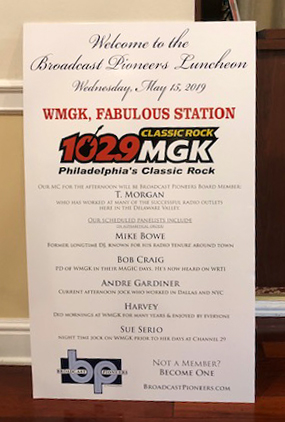 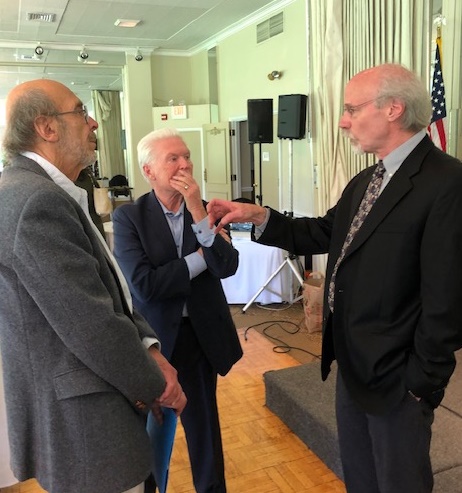 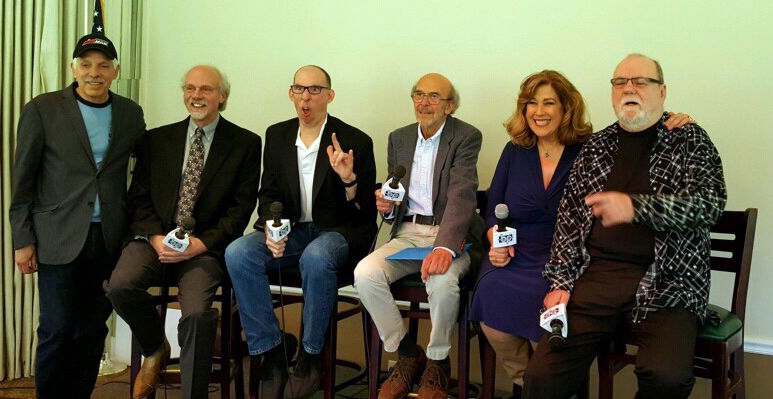 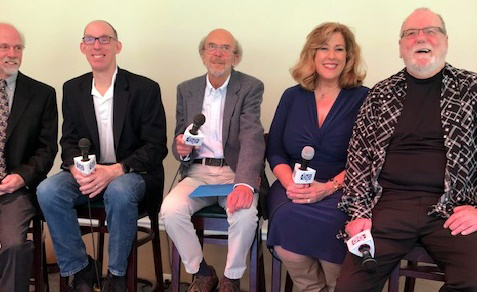