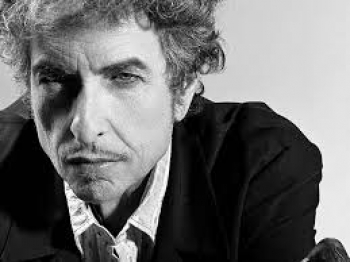 A few years back Dylan said that he doesn’t think he could write songs like he did way back then. In “A Murder Most Foul he found a way.

The song centers around the murder of President John F Kennedy. You may very well wonder why write a song about an event that took place so long ago? A very large portion of today’s population didn’t experience the impact of his shooting and couldn’t ever relate to it today.

When Kennedy was killed in 1963 most kids my age couldn’t even accept the fact that it happened. We were so young and hadn’t experienced things like World War II, The Korean War or other events that were traumatic to the nation and the world. Things like this only happened in history books. We are safe now and that couldn’t happen today.

It shattered our world. Everything was canceled. No one went to sporting events, movies, or any other public gathering. Very much like COVID-19.

Perhaps Dylan released this song at this time, because like when President Kennedy was killed, the nation has been shocked by a virus that has more than interrupted our normal lives. The lyrics of the song are something to really to think about while we are confined at home

“A Murder most Foul” is filled with names of songs, people and even films. Here’s one thing to keep in mind if you are trying to extract meaning from the lyrics. Dylan himself said that he often used real people’s names. However, it didn’t always mean that he was talking about them because they represented something.

“I had to rearrange their faces and give them all another name”. That is a line from the Dylan song “Desolation Row”. “Murder most Foul” is a little more direct, but in many ways, resembles “Desolation Row”.

When President Kennedy was elected President of The United States the hope was that this country was about to reach a new level. That hope was especially strong in the youth of the 60’s. They were going to change the world and make it a better place

This new generation that was encouraged by what a young President Kennedy could do for us. He could end wars, give civil rights to everyone and end world hunger. These young people were convinced that Kennedy’s “New Frontier” would do all that and get us to the moon as well.

In this latest song, Dylan claims that this country lost more than a man in the White House when Kennedy died. It was the beginning of a downward spiral for the country.

That downward trend hasn’t been straight down. The nation recovered when The Beatles came to our shores soon after Kennedy was killed and helped heal things. Dylan and The Beatles were very much a part of a new movement. It led to an era where we got civil rights and lost Dr. Martin Luther King. We made it to the moon first, but space exploration stalled to a large degree after that. The era of Peace, Love and Happiness peaked at Woodstock and died at Altamont only a year later.

In “Murder Most Foul” Dylan points to the fact that politics led to Kennedy being slaughtered like a sacrificial lamb. The President was warned not to go to Dallas. His new policies were not popular and seemed threating to many who lived there. Kennedy was certain that he could charm the people by just being there. He needed Texas if he was going to be re-elected. Many were convinced that his chances of getting another four years were dead without getting support from Texas and the rest of the south.

The visit to Dallas was seen as a way of changing the course. It did, but not in the manner it was intended.

Is Dylan saying that the end is near? Is this country and the rest of the world doomed? Not at all.

I will not go into every song that is singled out in this epic master work. I don’t want to spoil the fun for you. If you want to get the full impact of the song, listen to the song several times and then look up the lyrics of the songs you don’t know. It is more than a worthwhile undertaking. Let’s look at just a few samples to get you started.

Dylan has a vast knowledge of all kinds of songs. He also knows his history. He uses both in a long list of songs to help us understand. There are many songs of sorrow for the loss of the man and his ideals. Some are old songs used in mourning like the Scottish song “Dumbarton’s Drum". Some that show the friction that still hasn’t totally healed in society. That is the purpose of selecting the divisive popular song in the 1860’s called “March Though Georgia." Songs of people pointing the finger elsewhere like in “Don’t Blame Me” and songs that show that there are still many things to overcome like in the song “Hard Times”.

Is everything lost? Are we on the edge of darkness? Not at all. They killed Kennedy, but they didn’t kill his spirit or soul. Fifty years later the spirit is still alive.

In the many songs rattled off by Dylan that he asks the long-gone DJ Wolfman Jack to play are also songs that call us to take heed. “Wake up Little Susie” a hit by The Everly Brothers, “Scratch My Back” by Harpo Slim could be a warning of how politics is corrupted, and we should be more aware of what our so called leaders are doing. Not a new message. Remember the lines in” Subterranean Homesick Blues”?

There’s hope for recovery in songs like “Blue Sky” by Dickey Betts, “Old Rugged Cross” done by many but most likely referring to Johnny Cash’s version, “Anything Goes” by Cole porter, and a number of Jazz songs. There are even some film references to Buster Keaton and a silent film from 1923 called “Safety Last”. A man is challenged to take the first step in scaling a building. The challenge was to go to the first floor. He makes it only to find a reason to continue to the next. He finally gets to the top. It was a meant to be a comedy. But like in many comedies, there’s more than an element of truth.

The song “A Murder Most Foul” made it to number one this past week. Unbelievebly, It was the first number one song for the poet Laureate of this country.

Tweet
Published in The Archives
More in this category: « The Cabin Fever Music Guide The Greatest Singers of All Time »