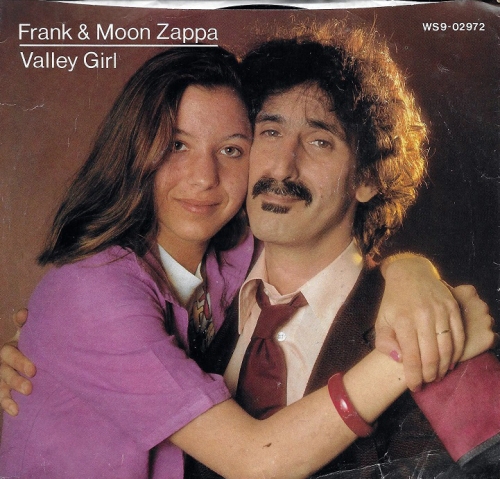 Gail hated the idea of so called tribute bands playing Frank Zappa music. As a result, her son Dweezil Zappa is the only one who is allowed to play Frank’s music in concert without permission. His Zappa on Zappa tours show just how complicated Frank’s music really was and how good a musician Dweezil has become.

Another of Gail’s children, Moon Zappa, contributed to the only Top Forty hit Frank ever had. On this 45 released in 1982, Frank made fun of the “empty headed” valley girls. Moon, who was just 14 at the time, did a great impersonation of the way the girls from California’s Fernando Valley of Los Angeles talked. "For sure," "totally," and "Oh my God" or OMG are still used today to express surprise.

Valley Girls were also immortalized by a movie of the same name released after the hit record.